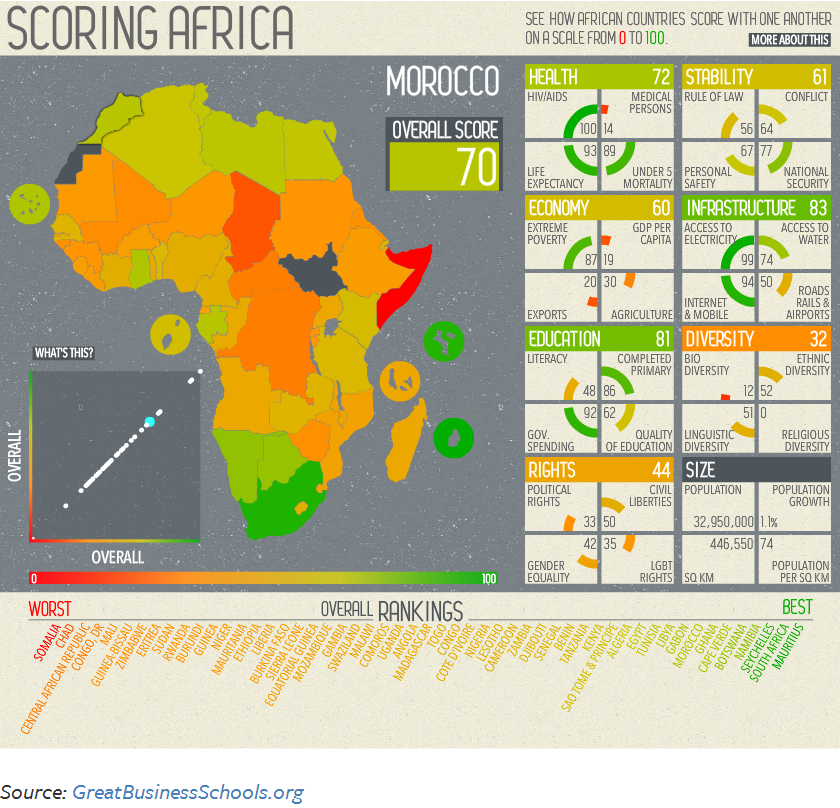 Slavery still exists in many parts of the world, whether it be in the form of forced labor, forced domestic servitude, sexual exploitation, debt bondage, bonded labor, or child marriage.

The Global Slavery Index provides insight into the number of people enslaved in 162 countries. The index takes into account three indicators: the prevalence of slavery per population, child marriage, and human trafficking. If you travel outside the United States the likelihood that you will find a McDonald’s is very high. However, there are still many countries that do not have one. Such is the case of most South Saharan African countries, with the exception of South Africa, Botswana, and Kenya; Iran, Syria, Turkmenistan, and Afghanistan in the Middle East; Mongolia, Kazakhstan, Myanmar, Laos, Cambodia, Vietnam, and Papua New Guinea in Asia; Cuba, Haiti, Bolivia, and Guyana in the America’s. It is interesting to see that Iceland, being a highly developed European nation, does not have one either.

Note: We found this interesting map on the web, but we were unable to find its original source to give it proper credit and link to it as the source for this blog post. According to the Global Database of Events, Language, and Tone (GDELT) website, an estimated 250 million incidents have occurred since 1979, ranging from protests and violence, to change in military or police attitudes.

The dots spread across North Africa in 2011, for example, hint to the Arab Spring protests taking place at the time in that region. In a similar manner the cluster of dots concentrated in the Middle East, more precisely in Syria, point to the ongoing conflict in that country.

For the interactive map, please visit: Foreign Policy: Mapped: Every Protest on the Planet Since 1979 Using data from the Harvard Institute for Economic Research, The Washington Post created this map that shows how ethnically diverse is a country.

This map published by the Washington Post shows the different writing systems used around the world.

The Latin alphabet is by far the most common used alphabet, from Europe to the Americas to Africa and Australia. The two other writing systems widely used are Arabic, used in the Middle East and Northern Africa, and Cyrillic used in Russia and other countries formerly part of the Soviet Union.